As I was in Massachusetts for the week, and as it was October 1st, I headed to Salem to indulge in that Fall Feeling of Halloween. Witchcraft was in the air as my GPS forced me into one way streets and circular drives before directing me to the parking lot. The same lot I had already passed by three times. I estimated my length of stay, two hours, multiplied by the 1.50 per hour parking fee (four dollars) and attempted to pay. New-fangled parking meters accept credit cards, except for the one I have, so I got out my cash. I entered a $10. note and waited for change. Nothing, no change given. I magically lost six dollars before my adventure in Salem had even began.

I chose to strike out on my own rather than join a walking tour group. My first stop in Salem was the Salem Witch Trials Memorial on Liberty Street. The memorial park was dedicated to the victims of the trial during it's 300 year anniversary.

The park consists of 20 granite benches, one for each victim, and a slab inscribed with 'Oh Lord Help Me', and 'God Knows I am Innocent'.

In Salem, Massachusetts, 1692, Betty Parris,9, and her cousin Abigail Williams,11, began to have fits. The girls screamed, contorted and threw things around the room. They complained of pinching. They sound a bit like...children.

A physician, assumed to be William Griggs, could find no physical evidence of any ailment. Then other young women in the village began to exhibit similar behaviours. The only answer for this outlandish behaviour was, of course, witchcraft!

But who to blamed for these afflictions? Residents Sarah Good, Sarah Osborne, and Tituba, the enslaved housekeeper of the Parris family, were swiftly arrested and put on trial. The community considered Good and Osborne bad Christians. Tituba, well she was foreign. Some historians believe that accusations by Ann Putnam, Jr. suggest a family feud between two families that polarised the community may have been a major cause of the witch trials. The squabble soon devolved into unprovable accusations and a dangerous 'tit for tat' amongst neighbours in Salem. The Putnam family, in particular, profited from the trials.

Over the course 18 months, 200 people were accused, 150 arrested and 20 people executed in barbaric ways. The Salem Witch Trials remains an excellent cautionary tale of mass hysteria and religious violence.

There was a large walking tour crowd at the monument. I prefer not to take the tours as I can't bear other people's questions. But I do like to eavesdrop a bit. The guide was regaling the crowd with tales of a local Native American Indian chief accused of witchcraft. Something for Google. I couldn't get close enough to hear the details and I was getting a few 'evils' from the paying customers, so I moved on to the Witch Board Museum.

I love Atlas Obscura and always consult their website when I go someplace new. As strange as Salem, Mass is, I assumed that there would be many oddities off the beaten track for me to find. The Witch Board Museum is opposite the Salem Visitor's Centre on New Liberty Street.

The Witch Board, or Ouija Board is a flat board with a full alphabet, a 'yes', a 'no', hello and goodbye. A 'planchette' device moves around the board with the light touch of the participants. Originating in China in around 1100, this parlour game gained popularity as part of the Spiritualist Movement in the late 1840's.

In 1886, businessmen E.C. Reiche and Charles Kennard developed their version of the board. Elijah Bond designed and patented the planchette and the boards went into production. Medium Helen Peters conducted a seance, where the board named itself 'Ouija'.

The museum's exhibit has original boards from the 1880's to novelty boards from current TV shows like Stranger Things. The presentation is a proper Spiritualist parlour, and a true throw back to times gone by. This was pretty cool.

But, and I'm not one to give a bad review, the Witch Board Museum was a bit of a let down. The front of house sold Harry Potter memorabilia and the museum was only one room. The Ouija Boards were very interesting to see and I enjoyed the history, but the $10.00, entrance fee was a little pricy. POOF, $10 gone.

My next stop was Witch House on Essex Street. This is the former house of Judge Jonathon Corwin, and the only remaining structure from the Witch Trial period.

This place looks good for a house over 377 years old! When I arrived at the house, after getting lost and walking two miles further than needed, I met up again with the tour group from the memorial.

They crowded the lawn, hearing the sorted story of Judge Jonathon Corwin. I tried to listen in, but was unsuccessful and moved on, taking my pictures and noting to fill in my knowledge after the fact.

Corwin investigated the surge of witchcraft accusations in Salem Village. 'Oyer and Terminer' is an Old-English term meaning a panel of seven judges. Corwin sat on this panel which led to the execution and one accidental death of 20 innocents.

What!? The tour guide's story was so much more fascinating! There is no sordid tale of witchcraft in the Wikipedia version of this story! I began to rethink my strategy of not joining the tour.

The Witch House, or the Judge House, as I will now call it, is in the U.S. Historic National Landmark McIntire District. Here, houses built for sea captains and playwrights in the 1700's defy the elements and retain their original beauty. Visit the Ropes Mansion and garden.

Hamilton Hall, designed and built by Samuel McIntire and named in honour of Alexander Hamilton. The Hall was a meeting place for Federalists in the early 1800's. This was also where I ran into my tour group again. I could hear the guide telling a tale that could support modern immigration reform, but again I needed to fill in my knowledge. I could not find a story to support his folklore, so the story was lost for me.

The guide's story might have been lost, but a statue I had been looking for was not. Again following the advice of Atlas Obscura, I sought out the rather odd monument to Samantha Stephens. Played by Elizabeth Montgomery in TV's Bewitched, Samantha is the most famous witch in the world. I have many issues with this statue. It's frivolity disregards the severity of the Salem Witch Trials, and that it is not a very good likeness. But it confuses me most because the Stephens lived in Connecticut, not Salem! She may have been a native daughter, but she surely found fame in the suburbs of NYC. And where is the monument of Gladys Cravats? You cannot have one without the other! 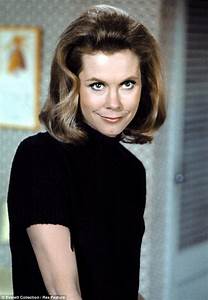 The House of the Seven Gables in Salem Harbour in 1668. Designated a National Historic Landmark in 2007, this house is best known today as the setting for Hawthorne's classic novel of the same name.

The book follows a New England family and their ancestral home. In this dark, Romantic novel, he explores all the usual sexy themes of Puritan America; guilt, retribution, atonement, and the general sins of humanity. Hawthorne was born in a house not far from the Seven Gables. In 1958, historical architects moved the house into the Seven Gables complex.

I have been in the house before so, in keeping with my 'I'm not joining a walking tour theme', I chose only a garden access only ticket for $11. I stayed about 20 minutes, taking a few snaps and enjoying the architecture. I suppose if I had stayed longer to examine the wishing well or the rose garden, the money would have been well spent. Again, $11. sucked into the twisted ether of Salem, Massachusetts.

Across from the Seven Gables is Ye Olde Pepper Candy Company. This little hut is the oldest candy company in the United States. The company's 'Salem Gibraltar' is the first candy made for commercial use. They are also known for their Black Jack confections.

Salem is a fun little gem on a town. A bit heavy on the psychic readings and souvenir shops, but full of quirky little museums and a whole lot of history. The Peabody Essex Museum has just undergone a $125 million expansion, focusing on the arts, with the largest collection of Native American art in the country.

If you look past the Harry Potter displays, you will find a trove of stories. Beginning with the expunging of the Native American population from New England to American Puritanism and the human atrocities of the witch trials, history is rich. During the American Revolution, 1765-1783, Salem was a hotbed of Federalist activity. In the 1800's, Intellectualism, Spiritualism and Transcendentalism movements all had powerful communities in Salem.

Salem is a great day trip from Boston for those who love history, with a side dollop of kitsch. Just take exact change for the parking meter.