I arrived in hong kong during a very hot, sticky and rainy afternoon. My first impressions were not terrific as the city loomed large and grey.

I was told navigating the airport would be easy, and to just look for the green taxi rank signs. The only green sign I could find pictured a human form apparently on fire. This might have been an exit sign, but I never did determine why the human was on fire.

I finally found the taxi ranks. My taxi driver knew good english but repeatedly got lost in a round-about, and was unable to find the access road to the Hyatt Recency, Sha Tin. Passing it 1000 times, I did become very familiar with the Sha Tin Racecourse. It was lovely to look at, but did not offer my a shower and a place to rest.

After I navigated us to my hotel, I was dropped, checked in, dry and greeted by my lovely daughter, making the rainy trip through the racecourse very much worth it.

She briefly showed me around her university, then explained the MRT to me and bought me an Octopus travel Card. She needed to finish up her last few days at the Chinese University, and I needed to prepare for a day of power sightseeing.

OCTOPUS CARDS are very much like the British Oyster card, only better. You top-up the card and can then use it in shops like 7-11 and others. This made squinting at the very small coins to pay for a diet soda unnecessary and I was grateful for that.

Loving the reverse jet-lag, I woke the next morning with an eager spring in my step. I set out early on my way to the Sik Sik Yuen Wong Tai Sin Temple in Kowloon. 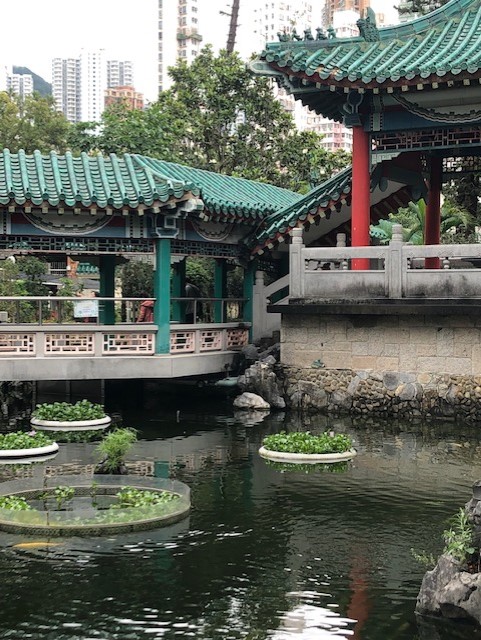 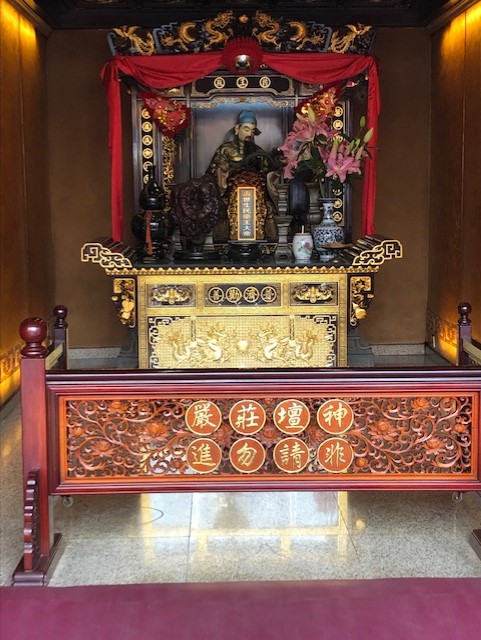 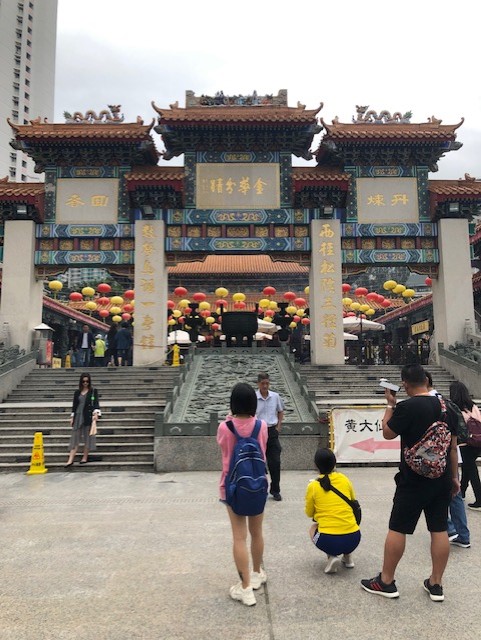 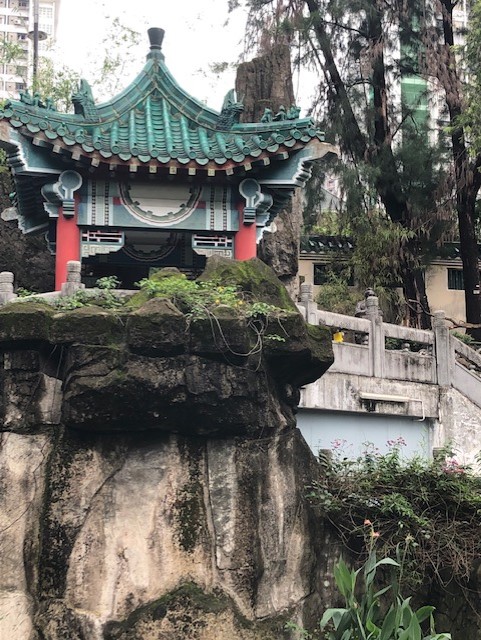 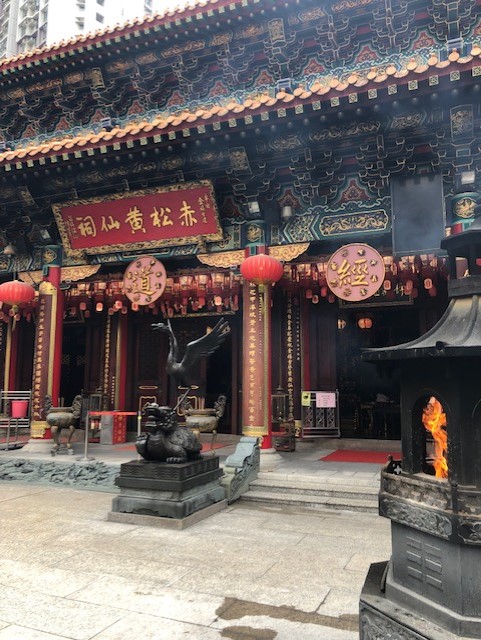 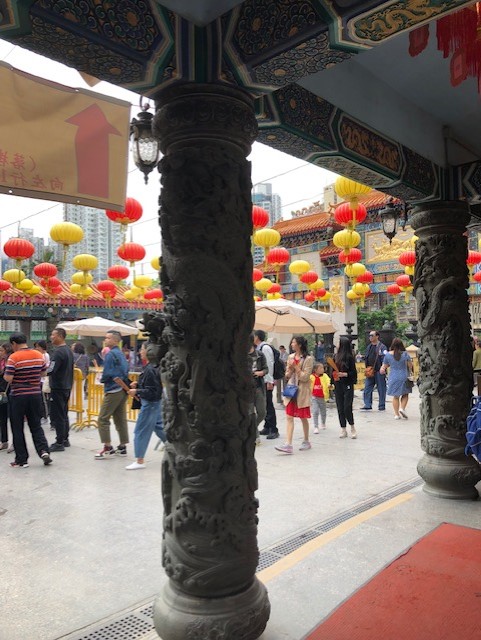 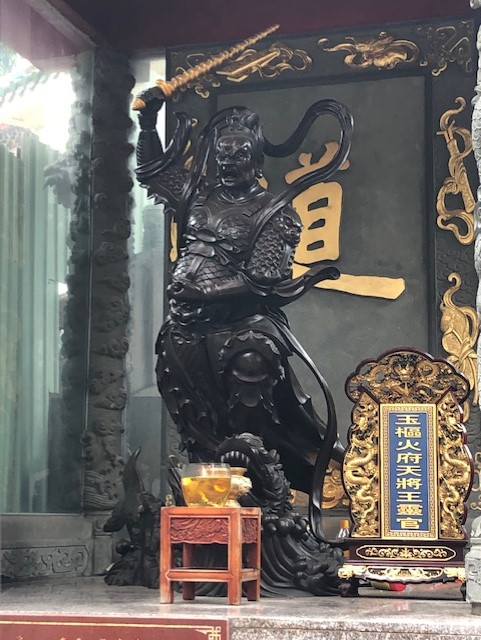 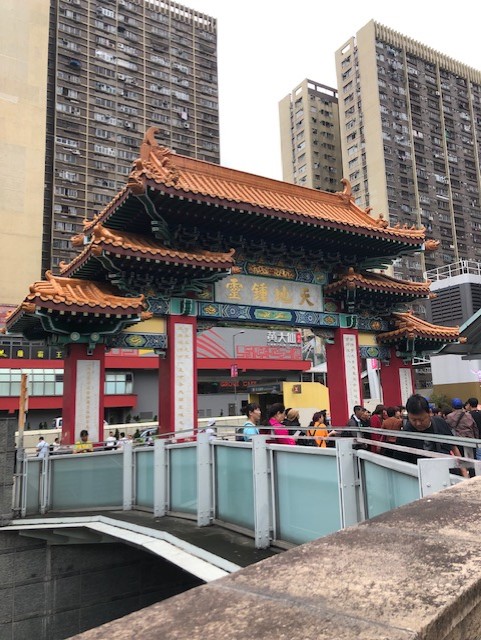 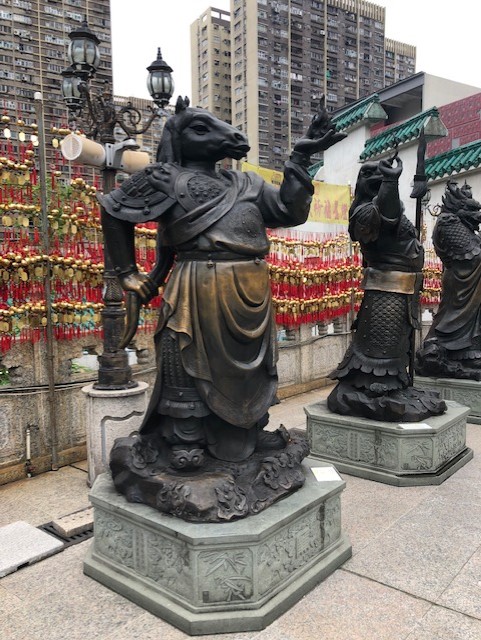 It is now a well-loved temple, famed for it's answered prayers. Surrounding the temple is an Oblation (offerings) Arcade, where you will find kiosks for fortune telling and palm reading. There are also many halls, temples, shrines, traditional arches and statues for worship. The 9 Dragon Walled, modelled after the one in Beijing, borders the Good Wish Garden. This garden, with living walls, koi ponds and indigenous plant life is an Eden in the middle of the chaos of Hong Kong.

Sik Sik Wong Tai Sin is a popular temple for tourists, and people needing to understand prophecies or ask for divination.

Worshipers light long sticks of incense called Joss Sticks and practice Kau Chin. Kau Chin involves shaking 'lottery poems', or sticks to find solutions to problems based on which stick falls out of the shaker. It makes for an enchanting ambience in the temple.

Take the MTR to Wong Tai Sin station and use exit B.

As I was close by, I navigated myself to the Kowloon Walled City Park.

Tourist websites always mention the monster buildings of Quarry Bay, but I find the history of Kowloon City much more interesting.

Kowloon City began as a military outpost meant to manage the salt trade during the Song dynasty in 1698. When the Constitution For the Extension of Hong Kong ceded the New Territories to Britain, Kowloon remained part of China. Britain maintained a 'hands off' policy and the city was largely autonomous. During the Chinese Revolution, thousands of Chinese refugees flocked to the walled city.

Over the next decades, Kowloon grew to having the largest concentrated human population in the world. 33,000 people occupied 300 buildings in an area of only 7 acres.

During the 1950's, triads took control over the brothels, opium dens, gambling houses and drug trades. Thus Kowloon became a hot-bed for organised, and otherwise, crime.

Crime reduced during the 1980's, but desperate living standards led to plans to demolish and redevelop the area. Citizens were compensated, relocated and evicted on the condition that the area would a public park.

The park has 8 landscaped features: 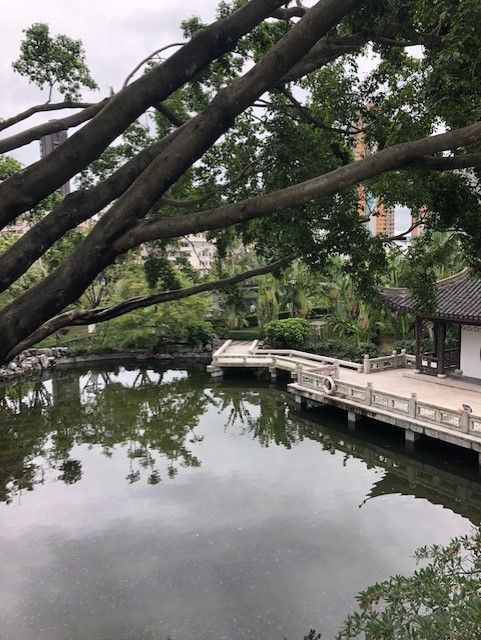 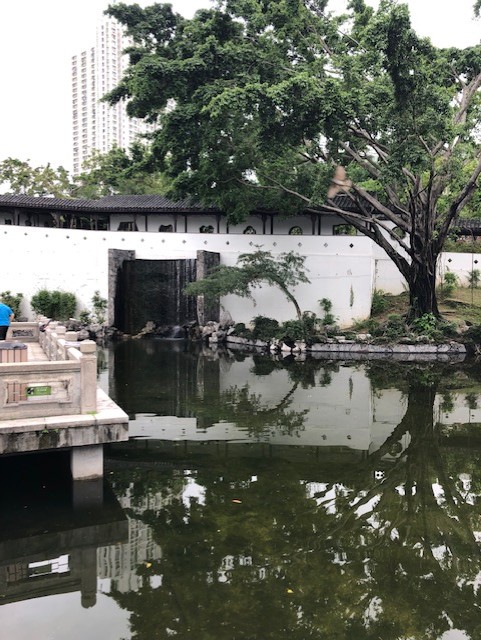 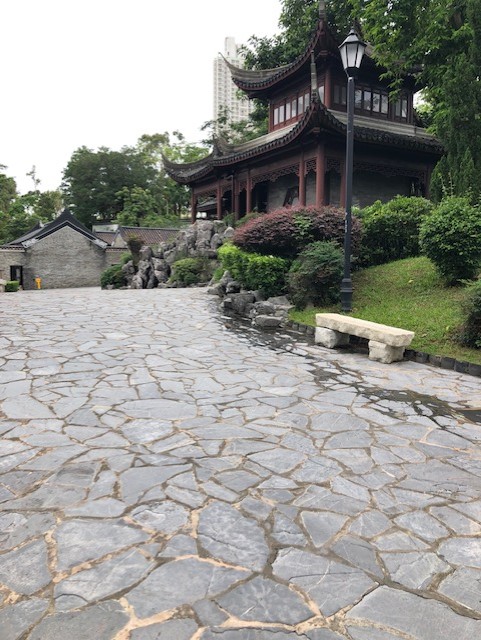 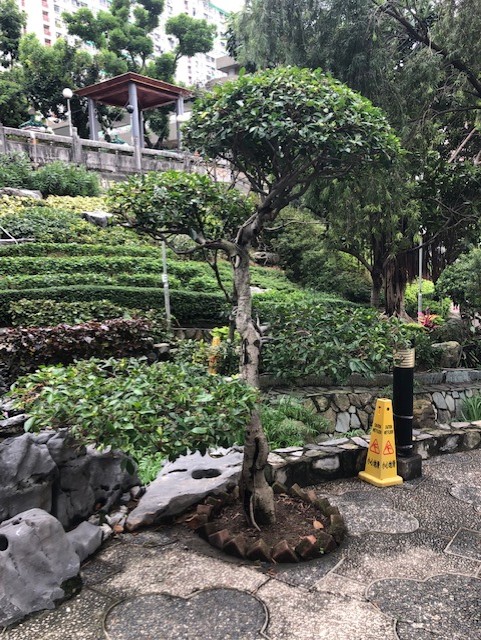 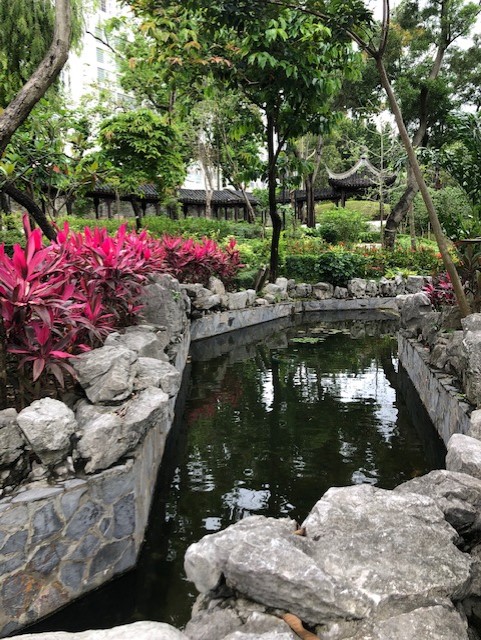 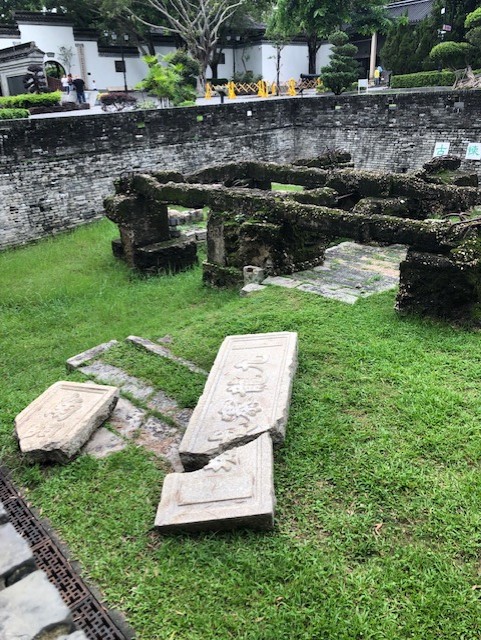 The Old South Gate was discovered during the demolition of the city.

A monument to the Walled City sits centre in the park. The sculpture illustrates the cramped living conditions that the citizens endured.

In the evening, I met up with my daughter for a sushi dinner and a stroll in the Ladies Market. Hong Kong has many famous markets; Temple Street Night Market the most well-known.

The night markets designer knock-off merchandise and a lot of other stuff no one needs. The alleys are tightly knit and over-stocked. Considering the heat, humidity and crowds of tourists, I can't say it was a pleasant experience. If you are hankering for a handbag with a clasp that reads Cucchi, this is the place for you.