Intrigued by the return of British Airway's direct flight London to Pittsburgh, USA, I planned our annual 'Sister's Week' as an excuse to try out the flight. The plane for my flight was new and clean, the staff friendly the flight was easy. And not have to take a connecting flight is always a positive!

My sisters and I get together every year for our sister week get-together. We meet somewhere convenient for us all as we live far apart. We always try to find time to visit a spa and a good place to hike. The new BA direct flight encouraged me to plan the week in our home town of Pittsburgh, and set about discovering the joys of Western Pennsylvania.

Pittsburgh has a lot going on, and if you are a sports lover, food lover, art lover, culture lover or architect aficionado, then it would be well worth stoping for a few days on your way to somewhere else. Or just stay in town. You'll have the best bratwurst and pirogies you've had, and chase that down with an ice cold Iron City Beer.

The Fountain at Point Park

Pittsburgh is a lovely mid-sized city in the Mid-Atlantic region of the United States. Formerly a steel town, this city has regenerated itself more times than one can count. Two rivers converge, form the third, and shape the Y cornerstone of this city at Point State Park.

The mountains of Pittsburgh's outlying townships were rich in coal. This coal fed the ovens of the steel industry, fuelling the American Industrial Revolution.

Proprietors of this industry; Andrew Mellon, Andrew Carnegie, Henry Clay Frick, James H. Laughlin, Charles M. Swab, and George Westinghouse, made their money in Pittsburgh, then moved off for philanthropy and fame in New York City.

When the steel industry died in the 1970's, the city diversified it's economy and began to boom. Today, the city is home to many corporate headquarters, including, Heinz Ketchup.

Pittsburgh is also rich in culture and education. University of Pittsburgh and Carnegie Mellon are premier avenues of higher learning. The Civic Light Opera provides the city with the best theatre this side of NYC, and the Pittsburgh Symphony Orchestra always attracts the best talent. Renown conductor Andre Previn ran the PSO for many years. 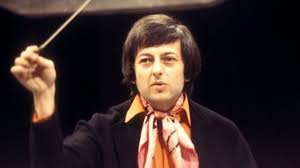 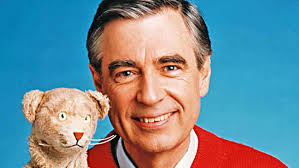 Mr. Rodgers, the children's television presenter who ran a program far ahead of it's time, filmed in Pgh. There are several museums dedicated to him. The show's famous set features in the Heinz History Center.

My sisters and I had one day scheduled during our Sister Trip to discover the new and the old of our home town on Pittsburgh. We started the day on the North Side at the Andy Warhol Museum. This museum tells the story of Andy Warhola with it's 7+ floors crammed with some of the artist most important works. Most interesting for me is the archive room. This displays his thought process, concept of work and interest in collection.

Close by is the Mattress Factory; a contemporary collection and lab that features site- specific installations from artists-in-residence from all over the world. Enjoy 2 permanent displays by Yayoi Kusama and her dots.

In 1995, Outsider artist Randy Gilson bought a house in the Mexican War Streets neighbourhood with his credit card. He has spent every day since turning this house into Randyland ,the happiest bright yellow art gallery on Earth. Randy himself was once voted one of the happiest people alive.

The art is all repurposed rubbish and my sisters were having a hard time finding the happiness in all that stuff. I myself enjoyed the fun of the place, but agreed that if I lived opposite, I might not want to be that happy all the time. I discovered a collection of steel alphabet letters that I am desperate to own. I also enjoyed a quick exchange with Happy Randy himself. Had I more courage and didn't fear my sisters leaving without me, I would have enjoyed a longer conversation. I also might have stolen the letters.

outsider art: noun, art produced by untrained artists by themselves for themselves

We moved on to Lawrenceville, a gentrified neighbourhood filled with refurbished town homes and yummy hipster eateries. Here we found Franktuary, for designer hot dogs and fried pickles. This much-discussed place is small and cosy, with a church, firehouse and antique tile decoration combination. Here you can order anything on your dog, including pierogi and ice cream.

Over our dogs, my sisters and I had a heated disagreement over the location of St. John the Baptist Cemetery, the resting place of Andy Warhol. Only serious sleuthing would solve this family feud, so we resolved to head over to Castle Shannon/ Bethel Park and solve the big mystery-directly after a visit to Grandpa Joe's Candy Shop in the Strip District.

Not far from Lawrenceville, is the Strip District. In the early 19th Century, this small strip of land between the river and hill made great use of it's waterway for ease in shipping and transport. Here was the home of many mills and factories, including Heinz and the Fort Pitt Foundry, which produced large cannons used in the American Civil War. The Strip is once again being revitalised. Building work on The Terminal, the remodelled docks buildings should conclude in 2020. While there, visit the St. Stanislaus Kostka Church and try an 'Almost Famous' sandwich from Primanti Brothers, where the fries and coleslaw are ON not next to the sandwich.

St. John the Baptist Byzantine Catholic Cemetery is located on a hillside on the southwest corner of an intersection between Connor Road and Route 88. It is odd to find someone so flamboyant buried in such an understated place. But, we are still talking about Andy Warhol, and he has managed to make his death into art. This installation is 'Figment'. Cameras focus on his headstone and record every action near his grave for live 24-hour streaming.

I found 'Figment' on my phone, then we walked to the grave in attempts to get on live-streamed TV. There is a slight delay and only after we had left the site did we came up on my phone.

I watched in horror that, drunk with our live-art participation excitement, we had done some moves for the cameras. It turned out that we had danced on Andy Warhol's grave. Such shame.

There was still much more I would have like to have seen in downtown (pronounced: 'dan-tan') Pittsburgh. The Duquesne Incline is a must for all visitors. This funicular, built in 1877, takes riders up and down to the viewing platform on Mt. Washington. Phipps Conservatory is a historic landmark in the Oakland neighborhood. Not far is 'Clayton', the home of Industrialist Henry Clay Frick House. The house is a meticulously restored 22 room mansion that houses the Frick family's art collection. 93% of the home's artefacts are original.

When I next visit, I will schedule more time for museums, galleries, restaurants and strolls through the bustling small neighbourhoods of my hometown.

#BritishAirways has selected daily direct flights from #LondonHeathrow, T5 to #Pittsburgh International, with a flight time of 8 hours 10 minutes.